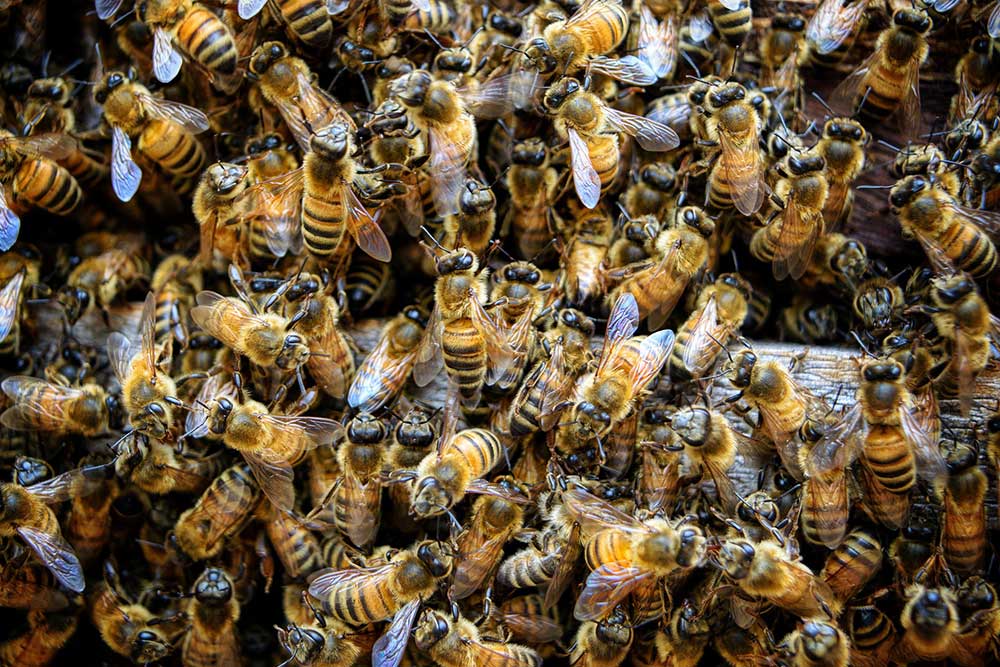 What are Africanized Honey Bees?

We often get asked this very question by our customers.

Africanized honey bees are notorious for responding very aggressively to any activity near their colonies in large numbers and will follow their “agitators” for much longer distances. Particularly for those who may be allergic to bee sting venom, or are small children or the elderly, Africanized Honey Bees can be quite dangerous, if not in some cases, life-threatening. In fact, there have been known cases in which people and pets have died as a result of an Africanized Honey Bee attack.

Should You Attempt to Kill Africanized Honey Bees?

What to Do if Attacked by Africanized Honey Bees?

If you are among the unfortunate few who get attacked by a swarm of Africanized Honey Bees, here are some tips:

Run away as fast as you can and for as long as you can. In fact, run in a straight line. Africanized Honey Bees are slow fliers so if you should be able to outrun them if you can run far enough (they have been known to chase a threat for up to a quarter of a mile). DO NOT swat at the bees while you are running away.

If you don’t have the ability to run very far, find and quickly get inside a house or car (make sure all windows are closed). Some, but not all, of the Africanize Honey Bees may follow you indoors, but will likely get disoriented by bright lights, so make sure your interior lights are on. Whatever you do, DO NOT jump into a swimming pool, shower or lake/pond. Africanized Honey Bees will simply wait until you come up for air and continue to sting/attack you.  DO NOT swat at any bees that follow you indoors.

What to Do if You’re Stung by Africanized Honey Bees

If you’re unlucky enough to get stung by Africanized Honey Bees, your best bet is to first remove the stinger. A bee’s stinger left inside the skin, will dig further in and inject even more venom into you. You can remove a bee stinger with the flat edge of a credit card by using a scraping motion. Important…DO NOT attempt to pinch or squeeze the stinger out of your skin.

If you begin feeling sick or suspect you are having an allergic reaction to the bee venom, seek immediate medical attention.

Why Do Beekeepers Charge to Remove Bees?

Why do Bees keep coming back to my home and what can I do about it?

How to Get Rid of Bees around your Barbecue Grill